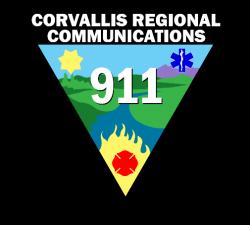 In November 2019, Benton County voters will have an opportunity to consider a proposed service district to support emergency 911 dispatch services throughout Benton County, Oregon. If approved, the new district would replace the existing 911 agreement that dates back to 1983. Emergency telecommunications evolved in both technological capabilities and customer expectations in the 35 years since the original agreement was put into place. This resource answers some common questions about the proposed service district and how it would affect communities in Benton County if the measure passes.

Q: How are 911 services delivered in Benton County?

A: The Corvallis Regional Communications Center (CRCC) provides 911 emergency telecommunications and dispatch services for all of Benton County, an area of about 726 square miles. This includes services to the following public emergency agencies:

CRCC operates about $7 million in communications equipment and technology throughout the county. If approved, the district would allow this equipment to be maintained to industry standards to provide everyday usability and availability in the event of an emergency.

Q: Why are voters being asked to consider a new service district?

A: The service district, if approved, would equitably share the cost of providing 911 services throughout Benton County. The existing 911 agreement dates back to 1983 and has remained largely unchanged even as the population of Benton County has increased 24% in the past 35 years. The 911 center experienced a rise in the use of mobile phone technology and a 132% increase in dispatched calls for service over the past three decades. The number of calls dispatched within 60 seconds – a common industry benchmark – has changed from 93% in 2006 to 71% in 2018. The proposed 911 district, if approved, would provide funding to hire 11 additional dispatchers and upgrade equipment at CRCC. Additional staffing and equipment upgrades would reduce response times, and improve communication and situational awareness.

Q: How would the district affect me, if approved?

If the district is not approved, the assessment of $0.65 per $1,000 of assessed value would not be made. The special taxing district would not be created, additional staff would not be hired, and the equipment upgrades would not take place. The existing 1983 intergovernmental agreement for 911 services would remain in place.

Q: Why was this measure referred to the voters?

A: CRCC began exploring the possibility of developing a 911 service district for Benton County following a report produced in 2012 by ESCI Inc., and the 2018 Benton County Criminal Justice System Assessment.

Communities in Benton County responded with interest when approached by CRCC. Over the last 18 months, CRCC delivered presentations about the proposed 911 service district to the following organizations:

Similar districts were passed by voters in Deschutes County and Hood River County to support 911 services in those areas.

A: The proposed 911 service district will appear on the ballot on November 5, 2019. Once the ballot measure for the service district is certified for the ballot (likely in August), public employees (including those working for Benton County or the City of Corvallis) will be prohibited from engaging in political advocacy while on the job during working hours or otherwise acting in their official capacity. To register to vote or check your status, go to www.oregonvotes.gov.

This information was reviewed by the Oregon Secretary of State’s Office for compliance with ORS 260.432.