AWPP has a small library of books available for checkout by anyone interested in learning more about non-lethal wildlife management methods. Please email the AWPP Coordinator at awpp@co.benton.or.us to schedule a pickup! 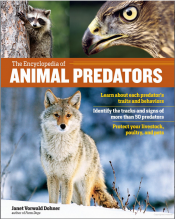 "The Encyclopedia of Animal Predators” by Janet Dohner

Learn to identify threatening species through tracks, scat, and the damage they leave behind. Fascinating profiles of more than 50 predatory mammals, birds, and reptiles teach farmers, ranchers, homesteaders, and backyard-animal raisers how to prevent their livestock, poultry, and pets from becoming prey. By understanding how predators think and behave, where and how they live, and how they attack and kill prey, you’ll be able to interpret the potential threats surrounding your home. 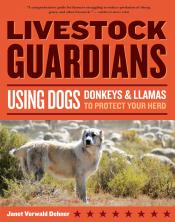 Keep sheep, goats, and other livestock safe from attack with guardian dogs, donkeys, and llamas. Highly effective, economical, and nonviolent, livestock guardians can be the perfect solution to your predation problems. With in-depth advice on promoting the special bond between guardian animal and livestock, Janet Vorwald Dohner covers everything from selecting an appropriate breed for your needs to advanced training techniques. Enjoy the peace of mind that comes from knowing your livestock has a guardian’s protection. 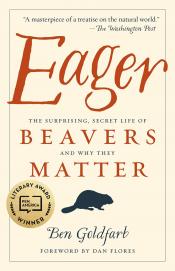 “Eager: Beavers and Why They Matter” by Ben Goldfarb

The consequences of beavers’ near-extirpation in North America have been profound: streams eroded, wetlands dried up, and species from salmon to swans lost vital habitat. Today, a growing coalition of scientists, ranchers, and passionate citizens―recognizes that ecosystems with beavers are far healthier, for humans and non-humans alike, than those without them. From the Nevada deserts to the Scottish highlands, Beaver Believers are now hard at work restoring these industrious rodents to their former haunts. Eager is a powerful story about one of the world’s most influential species, how North America was colonized, how our landscapes have changed over the centuries, and how beavers can help us fight drought, flooding, wildfire, extinction, and the ravages of climate change. 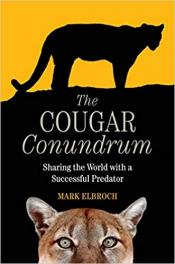 “The Cougar Conundrum: Sharing the World with a Successful Predator” by Mark Elbroch

The relationship between humans and mountain lions has always been uneasy. In recent years, this keystone predator has made a remarkable comeback, but today humans and mountain lions appear destined for a collision course. Its recovery has led to an unexpected conundrum: Do more mountain lions mean they’re a threat to humans and domestic animals? Or, are mountain lions still in need of our help and protection as their habitat dwindles and they’re forced into the edges and crevices of communities to survive? The Cougar Conundrum delivers a clear-eyed assessment of a modern wildlife challenge, offering practical advice for wildlife managers, conservationists, hunters, and those in the wildland-urban interface who share their habitat with large predators. 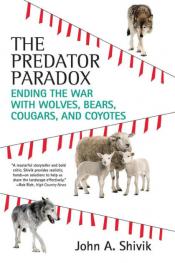 “The Predator Paradox: Ending the War With Wolves, Bears, Cougars, and Coyotes” by John Shivik

As the boundary between human and animal habitat blurs, preventing human-wildlife conflict depends as much on changing animal behavior as on changing our own perceptions, attitudes, and actions. To that end, Shivik focuses on the facts, mollifies fears, and presents a variety of tools and tactics for consideration. Blending the science of the wild with entertaining and dramatic storytelling, Shivik’s clear-eyed pragmatism allows him to appeal to both sides of the debate, while arguing for the possibility of coexistence: between ranchers and environmentalists, wildlife managers and animal-welfare activists, and humans and animals.

Congratulations to the 2022 AWPP Grant Recipients!

Over $20,000 in reimbursable grants were awarded to fund non-lethal wildlife deterrence plans throughout Benton County!

If you have a question regarding non-lethal wildlife deterrents, our granting process, or anything else, please contact us using one of the methods below.