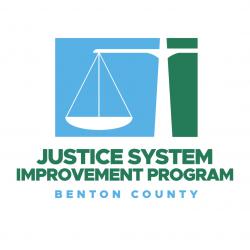 Following a thorough 20-month search to identify the best property within Corvallis for new justice system facilities, the Benton County Board of Commissioners voted unanimously on January 21, 2022 in favor of the McFadden Ranch site adjacent to Hewlett-Packard in north Corvallis. Site selection included a methodical evaluation of 40 different possible properties in the Corvallis area. For several months leading up to the Board’s decision, the County negotiated with a representative of McFadden Ranch, LLC, to purchase approximately 28 acres of the 85-acre site. The objective of the negotiations, which began in September 2021, was to reach a negotiated purchase of the property. Unfortunately, Benton County was not able to reach an agreement with the property owner.

While both the County and the property owner were sincere in their efforts to reach a negotiated purchase – which remains the preferred outcome by both parties to date – the County eventually contemplated the use of eminent domain. Use of eminent domain was specific to the north Corvallis site and depended on two outcomes:  1) the Board of Commissioners selecting McFadden Ranch as the preferred campus site for Justice System Improvement Program (JSIP) facilities; and 2) if negotiations to purchase the site faltered. Driving both the Board’s January site-selection decision and ongoing negotiations, or the possible use of eminent domain, is the JSIP timeline and its May 2023 bond measure. The Board was compelled to identify the most compatible site, with the greatest public benefit and causing the least private injury, by the end of January 2022. As such, the County adopted a two-prong strategy in advance of the January 2022 deadline; negotiating in good faith with a strong desire to enter into a negotiated purchase agreement, while also preparing for the possible use of eminent domain.

Because the County and McFadden Ranch, LLC, were unable to enter into a letter of intent for purchase of the 28-acre north Corvallis site, the County is moving forward with eminent domain. As a first official step in a lengthy process that could span 18 months or more, the Board will consider a Resolution of Necessity at their March 1, 2022 meeting. The resolution includes a number of provisions, but essentially declares it necessary and in the best interest of the public to acquire the approximately 28-acre parcel for the purpose of locating justice system facilities.

Eminent domain is a defined legal process by which governments are able to acquire private property when it is deemed necessary. If eminent domain is ultimately used a jury will actually determine the value of the property that the County will be required to pay McFadden Ranch, LLC, for the purchase of the 28 acres of vacant land.

The County’s JSIP seeks to transform its justice system to achieve a balance of treatment and accountability through a combination of new facilities and programs. In total, the three-phase program will span 10 years, which began with an assessment of the justice system in 2017-18, and concludes with doors opening on the last of the proposed new facilities in 2027-28. To support funding of the new facilities, JSIP includes a capital bond measure scheduled for the May 2023 ballot. Proposed new facilities include a mental health crisis center, correctional facility, courthouse, Sheriff’s office and emergency operations.

Board of Commissioner meeting materials are available online at: https://bit.ly/BentonCoGov-2022BoardMeetings.