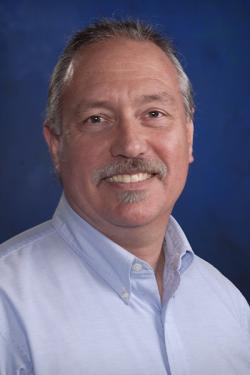 Except for the first six months after finishing his master’s degree in psychology, Mitch Anderson spent his entire career working in health care management.

That could have made it easy to lose touch with issues affecting the health and wellbeing of people.

But even as Anderson’s direct work with patients was brief, he never lost sight of the big picture. Instead, he became a proponent for reducing health disparities, promoting wellness and improving the health of communities.

Anderson has worked for Benton County since 1997, first as the deputy administrator in charge of mental health, addictions and developmental disabilities, and since 2008, as Health Department Director. In this role, he became a leading voice for the integration of health services in Oregon and beyond.

As he prepares for retirement -- April 1 is his last day -- Anderson is winding down his professional commitments, including service as board president of the National Association of County Behavioral Health and Development Disability Directors. He’ll make one last trip to Washington, DC, to lobby for policy changes in March before stepping down.

Anderson’s collaborative leadership style while he was in charge of Benton County’s mental health services is one of the reasons that despite his lack of training and experience in public health, he was tapped to lead Benton County’s Health Department. It made for an easier transition, and the promotion gave Anderson a chance to effect change within the broader community.

“Public health is more of an avenue to do that than mental health,” he said.

It would be easy for him to step forward and take credit for things that went right. Instead, he said the greatest accomplishment is the staff of 130 county health employees and the work they do every day.

He likens it to being a conductor of a great orchestra.

“It’s one thing to waive your hands,” Anderson said. “But the instruments do the extraordinary work.”

During his career, change has been the only constant in health care. Benton County has made huge strides under the coordinated care model toward community-based care for mental health services. The change is a step in the right direction, with mental health and primary care put back together to some degree. But change is slow-moving and will take years longer.

“There’s a ton of work still to do,” Anderson said.

And he is OK with not being directly involved to see it completed. He’s looking forward to spending more time gardening, working in the yard, and doing projects to fix up his old house.

“I have a zillion things to do,” Anderson said.

And he plans to devote more time to fly fishing, a hobby he’s enjoyed since he was a kid.

“You can never have enough time for fishing,” he said.