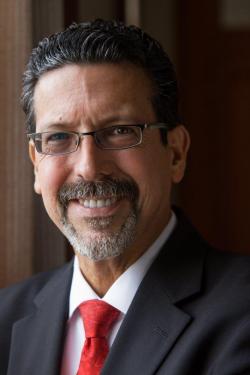 Benton County District Attorney John Haroldson has worked as a prosecutor for 30 years. In that time, drugs and alcohol have played a significant role in a majority of cases he’s seen.

The link between substance use and criminal behavior is well established. But a community’s response to these issues can lead to very different results.

In Benton County, Drug Treatment Court gives people a chance for a fresh start after committing crimes related to their substance use.

“When we use our best strategies to respond, that’s when we see the best results,” Haroldson said. “That’s what treatment courts are all about.”

Treatment courts are the most successful intervention to lead people with substance use disorders out of the criminal justice system and into lives of recovery and stability, according to the National Association of Drug Court Professionals (NADCP). The very first drug court was started more than three decades ago, and Benton County’s Drug Court dates back to 2001. In Benton County, Drug Court includes treatment, local law enforcement, the Benton County Circuit Court, the local Defense Consortium, the District Attorney’s office and Parole & Probation.

Drug Courts are effective not only at reducing crime, but also in helping people move along a path of recovery to become contributing members of society.

“When we can make a difference, make a constructive change, everybody benefits,” Haroldson said.

Having the option for drug court lessens demand for jail space by reducing the number of criminal cases generated, while still holding people accountable for getting treatment and staying drug-free. And by reducing crimes related to substance use, fewer people are victimized, which lessens the emotional and psychological toll on a community.

With as much evidence as there is to support the effectiveness of drug courts, Oregon has not established funding as a regular part of the criminal justice system. That means drug courts, including Benton County’s, rely on grants and local funding.

“As a result, we have to depend on funding that has no guarantees,” Haroldson said.

Such variability can destabilize even well-established programs. The evidence-based, best practices established by the NADCP are a critical piece to the success of drug court programs.

So Haroldson helps to train other jurisdictions in the U.S. and abroad. He recently returned from trainings sponsored by the NADCP in Vietnam, where that country’s first four drug courts are being established through a pilot program. He also participated in a statewide conference in Georgia focused on research about disparities in equity and inclusion and presented about the role of a prosecutor in drug court.

Drug courts have been shown to reduce recidivism – when crimes are committed by repeat offenders – and achieve cost savings for expenses related with. But the real impact is measured in the effect they have on people’s lives.

“They bring a real response to serious addiction,” Haroldson said. “It helps to find constructive ways to get people on a serious path of recovery and disrupt the cycle that is leading to criminal behavior.”