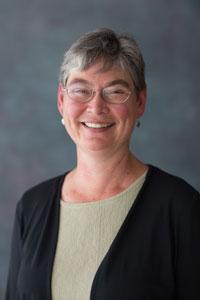 At the height of the Cold War, Commissioner Xan Augerot spent her sophomore year in high school living in the U.S.S.R without her family, attending school and working full-time as nanny.

“It wasn’t scary. It was just a different system. That year was hugely formative in how I see the world in shades of gray, not black and white,” reflected Commissioner Augerot.

Born in New Mexico and raised in Washington, at one point Augerot spoke English, Romanian, Bulgarian and Russian. As the daughter of a linguist and an elementary school teacher, Augerot spent most of her youth bouncing between Seattle and Eastern Europe.

“It was hard. I was always the new kid. There is sort a universal experience of being ‘the new kid’ and in Europe I was more of a novelty, but trying to make friends was the same, difficult experience,” said Augerot.

Even within Seattle, Commissioner Augerot bounced around schools. At the time there was voluntary desegregation in Seattle Public Schools. Her parents were of the philosophical bent that she should gain exposure by attending the primarily African American schools. Along with other white children in her neighborhood, Commissioner Augerot was bussed into the African American school district.

“The caliber of the schools was great,” said Augerot.

As a byproduct of constantly moving and needing to make new friends, Augerot focused heavily on academics and excelled in school. Additionally, both of her parents were highly educated with doctoral degrees. By the time Commissioner Augerot finished high school, it was a foregone conclusion that she would earn at least one advanced degree.

Commissioner Augerot earned both her bachelor’s and master’s degrees at the University of Washington with a focus on comparative economics (B.S.) and marine policy (M.S.).

Commissioner Augerot’s first experiences in Oregon were in her early twenties following college. She worked at sea as an interpreter for a United States-U.S.S.R. joint venture fishing company and came in and out of port in Astoria and Newport.

“The Soviet Union wanted a cheap protein to feed its people. We fished a species that was used for the system of orphanages, public institutions, and prisons in Russia. The Americans would catch the fish—because the U.S. was working to Americanize the fishing industry—and then deliver them to the Soviet vessel. The Soviets would head, gut and flash freeze the fish.

“So I worked with the skipper and the officers on the bridge. There were several teaching moments because the Americans didn’t actually know how to find these fish. It really was a crazy and fascinating job.”

Her passion for comparative research in fisheries management eventually led her to earn a doctoral degree at Oregon State University focusing on Pacific salmon distribution and management across the North Pacific Ocean. Recruited directly out of her doctoral program, Augerot worked in the conservation sector for over a decade, first at the Wild Salmon Center in Portland and then at Marys River Watershed Council in Corvallis.

Making the transition from management positions with Washington Sea Grant, Wild Salmon Center and Marys River Watershed Council, to elected official could seem like a far leap to some, but it didn’t seem that way for Commissioner Augerot.

“When I was at Marys River Watershed Council, the emphasis was on restoration projects collaborating with stream-side land owners. Most people are interested in doing the right thing when it comes to their land and their water. But there are other pressures that make it harder for them to do so.

“That spurred me to thinking that I could bring something to the community. I thought I could do more from a position like this compared to the seat of a non-profit.”

In Commissioner Augerot’s first month on the job, she has already been in the hot seat. In January, the Benton County Board of Commissioners voted 2-1 to remain in a $1.4 billion breach of contract class action lawsuit against the state filed by Linn County in March 2016.

“I thought about this issue very differently before I took office,” said Augerot.

“I was very challenged by this decision because I believe in the balanced forest management practices currently undertaken on state forest lands. However, there is a pattern over time of erosion of state-county agreements and joint revenue strategies, to the detriment of the counties and districts. I feel it’s appropriate for counties to say ‘no more.’"

While this decision surprised a fair number of constituents, it won’t come as a surprise that one of the commissioner’s primary focus areas is water issues in the county.

“We need to make sure we’re thinking about future water quality and quantity issues while we still have water. We need to be thinking about water resources carefully and planning for tighter times,” said Augerot.

Another focus area for the commissioner is law enforcement and criminal justice system.

A comprehensive study of the law enforcement and criminal justice system, including the constraints imposed by the existing courthouse, jail and Law Enforcement buildings, will be completed in the near future. The county will consult with the community and consider potential outcomes within the context of prevalent social factors, such as housing, health, access to social services, and development.

Her third driving focus is land use and population growth. Given the rate of migration into Oregon, we will face increasing pressure on Benton County natural assets and services.

“Our land use and transportation systems, and our housing and health policies are siloed at the local level, but also driven to function this way by state and federal mandate,” says Augerot.

“I want to be sure we’re thinking across these systems to make sure we’re getting the outcomes to retain livability in Benton County.”