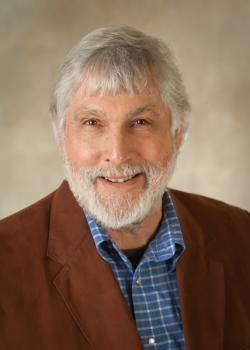 Pat Malone credits his resourcefulness to the time when he was graduate student at the University of Oregon. Malone was studying applied arts, a program that shared space with the architecture department, emphasis on architecture.

Although applied arts was housed in a brand new building, there wasn’t any equipment to do ceramics.  The instructors decided to buy tools and materials and have the students build the interior of the shop along with kilns and wheels.

“Look around,” he was told. “See what you can figure out.”

That’s how he was introduced to welding, physics and geology. By the time he submitted his master's thesis, Malone had honed an approach to learning that has suited him well in life. Want to know how to do something? Talk to someone who knows the subject.

Malone asks, “What’s out there? What do I need to be successful? Who knows more than I do?”

That’s how he and his wife and business partner, Betty, started a Christmas tree farm in Kings Valley 40 years ago. They talked to neighbors and other growers, and tapped into resources available through Oregon State University Extension.

It’s how Malone has undertaken his latest endeavor as Benton County Commissioner. He’s settling in at the office, adjusting to the rigorous meeting schedule and learning the software system with a little help from county staff.

Malone brings a wealth of prior government experience, having served on numerous boards and advisory committees, including many with ties to his new role as commissioner. Malone served on county committees for Law Enforcement Review, Charter Review and Bicycle Advisory. He’ll continue his service on the boards of Linn Benton Community College Budget Committee and with Workforce Development, among others.

After devoting time to raising two daughters, Lynn and Molly, and running the family business, Malone became politically active by supporting legislative candidates and local ballot measures. His move from active voter to campaign operative was compelled by what he saw as politics moving in the wrong direction.

After championing many a cause for the underdog, Malone had an unsuccessful bid for county commissioner in 2014, before earning the Democratic nomination for Position 1 in 2018, on the way to a resounding victory in the general election last November.

Malone plans to use his environmental stewardship skills to promote a clean, safe and sustainable environment in Benton County. “Whether it’s the budget or soil, you have to look ahead,” he said.

He hopes to nurture community involvement for initiatives like the county’s 2040 Thriving Communities plan to ensure that the work doesn’t end up sitting on a shelf. He calls the residents of Benton County a great asset.

“I’m not going to be shy about tapping into their knowledge,” Malone said.

He also wants to champion government efficiency and responsiveness, including emergency preparedness, something he knows about from volunteering with the Kings Valley Fire Department.

“Government has a role,” he said. “I want my part in it to be as positive as I can make it.”