Duties of the Sheriff 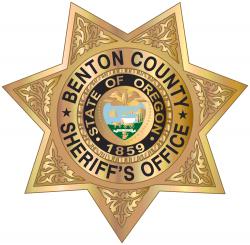 Oregon law specifies the general duties of the Sheriff in section 206.010 of the Oregon Revised Statutes (ORS). That section reads as follows...

The sheriff is the chief executive officer and conservator of the peace of the county. In the execution of the office of sheriff, it is the sheriff's duty to:

(1) Arrest and commit to prison all persons who break the peace, or attempt to break it, and all persons guilty of public offenses.

(2) Defend the county against those who, by riot or otherwise, endanger the public peace or safety.

(3) Execute the process and orders of the courts of justice or of judicial officers, when delivered to the sheriff for that purpose, according to law.

(4) Execute all warrants delivered to the sheriff for that purpose by other public officers, according to law.

(5) Attend, upon call, the Supreme Court, Court of Appeals, Oregon Tax Court, circuit court, justice court or county court held within the county, and to obey its lawful orders or direction. [Amended by 1985 c.339 §1]

Other Duties of the Benton County Sheriff

In Benton County, the Sheriff also has responsibility for: Emergency Services, Animal Control, and Parole & Probation.

Benton County Sheriff's Office Animal Control is committed to promoting and protecting the welfare, health, and well being of both animals and people living in our community.