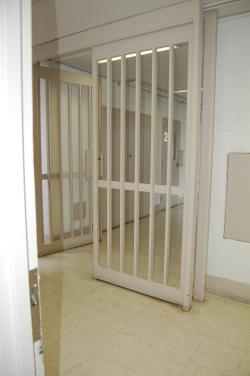 The Benton County Jail does not have enough capacity to hold all offenders who have been ordered to be held in custody. To address this, we rent 40 jail beds in other facilities.

For many years, the Sheriff's Office contracted with Linn, Lincoln, and Yamhill counties for those rental beds. In 2017, in an effort to cut costs while offering offenders more services, we entered into a contract with NORCOR - the Northern Oregon Regional Correctional Facility.

NORCOR is a regional jail facility in Wasco County which offers jail bed rentals at a price per bed day that is very cost effective. It has the added advantage of offering adult in custody (AIC) treatment programs such as substance abuse, parenting classes, and anger management programs.

However, the move to NORCOR was not without controversy. Although NORCOR has video conferencing capabilities, it is 180 miles away and some defense attorneys felt it was too far away to effectively work with their clients. In a 2017 court ruling, pretrial AICs are required to be housed locally when there are jail beds available.

The judge added in his ruling that pretrial detainees can waive their rights to be housed locally if they would prefer to be taken to NORCOR. Some ACIs have chosen this option so that they can receive programming unavailable in our local jail.

A complicated decision-making process is used to determine which AICs to transport. Considerations include where beds are available, whether the AIC is pretrial or sentenced, the length of stay, nature of the AIC’s crime, impending court appearances, and many other factors.

The Jail Bed Rental Program is paid for through a public option levy. First approved by voters in 2000, it has been regularly renewed, most recently in 2021. The cost of this rental program to Benton County taxpayers is nearly $1 million per year.