Recent media releases from the Benton County Sheriff's Office are listed below. To read past media releases, go to the "Supporting Documents" section of this web page. 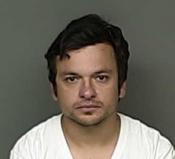 LEGAL STATUS: Ramos was released from the Department of Corrections on 4/2/21.  He will be supervised on Post-Prison Supervision until 4/1/24, for Sexual Abuse in the Second Degree, Assault in the Fourth Degree, Coercion, and Criminal Driving While Suspended or Revoked.

SPECIAL CONDITIONS:
- No contact with minors
- Not to frequent places where minors congregate (playgrounds, schools, libraries, churches, community pools)
- No direct or indirect contact with the victims
- Not to use or possess alcohol
- Curfew 9pm-7am 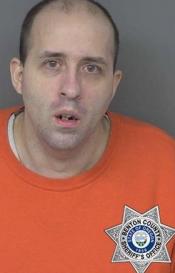 A Vancouver, Washington man pleaded guilty on March 30, 2021,to attempted coercion and enticement of a minor. Daniel Baldie, 34, sent emails and text messages to a Benton County Deputy, posing as a 13-year-old girl.

Baldie faces a maximum sentence of life in prison with a 10-year mandatory minimum sentence, a $250,000 fine, and a life term of supervised released. He will be sentenced on July 8, 2021, before U.S. District Court Judge Ann Aiken, according to a recent Oregon Department of Justice press release.

In January of 2020,an undercover Benton County Sheriff’s Office deputy, posing as a minor child, responded to an online ad which was seeking “younger girls.” During the course ofthe conversation that followed, Baldie offered to drive to Corvallis to meet with the child, then drive the child back to Vancouver for sex.

On February 7, 2020, Baldie was arrested as he arrived in Corvallis to pick up the child. He was transported to theBenton County Jail where he was charged withLuring a Minor, Online Sexual Corruption of a Child I, and Attempted Using Child in Display of Sexually Explicit Conduct.

Following the arrest of Baldie, the Vancouver Police Department (WA), executed a search warrant at Baldie’s residence. During the service of the search warrant, thewife of Daniel Lee Baldie was interviewed as a possible co-conspirator in the crime of Attempt Rape of a Child in the 2nd degree. Several electronic devices were seized for computer forensic examination and the couple’s three children were taken into protective custody.

Advice from the FBI, including privacy settings for electronic devices, is located at https://www.fbi.gov/scams-and-safety/protecting-your-kids.The FBI also encourages the public to report any child physical or online exploitation at 503-224-4181 or submit a tip at https://tips.fbi.gov/ 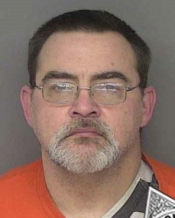 The Benton County Sheriff’s Office (BCSO) arrested Todd Phillip Maranda (52), of Eugene, after he knowingly solicited a 14-year-old female child online and took substantial steps to engage in sexual contact with the girl.

In late 2020, BCSO Detectives responded to an online ad which was an “older daddy” seeking “younger baby girl.” During the course of the conversation that followed, Maranda offered to drive to Corvallis to meet with the child for sex.Maranda was arrested as he arrived in Corvallis on Wednesday afternoon to pick up the child.Maranda was later lodged in the Benton County Jail for Luring a Minor, Online Sexual Corruption of a Child I, and Online Sexual Corruption of a Child II.

Predators target children for sexual purposes on social media, gaming, and messaging platforms. As more children are home on digital devices completing online school due to the COVID-19 pandemic restrictions, children potentially have an increased exposure to more predators flocking to sites that are popular with kids.

“These cases continue to highlight the problem of online sexual predators targeting vulnerable children in Benton County,”stated Undersheriff Greg Ridler. “Please talk with your kids, use tools to protect them, and keep an eye on their online activity.”

The Benton County Sheriff’s Office encourages the public to report any suspected online enticement of children for sexual acts to the National Center for Missing & Exploited Children (NCMEC) at http://CyberTipline.org or 1-800-843-5678. NCMEC continuously reviews CyberTipline reports to ensure children who may be in imminent danger get first priority.

Advice from the FBI, including privacy settings for electronic devices, is located at https://www.fbi.gov/scams-and-safety/protecting-your-kids.